Welcome to our beautiful tropical island nestling in the Caribbean Sea, located approximately 18 miles (29 km) from the Honduras mainland port of La Ceiba. Our island is just 11 km long and 4 km at its widest and surrounded by vast coral reefs with prolific undersea life. The smallest of The Bay Islands group, we are renowned as being one of the best value and most beautiful places in the world for scuba diving.

Because of the 300-year British influence on the Bay Islands, Utila is a different world from mainland Honduras. The island is mostly uninhabited, except for the small fishing village of East Harbour (Utila Town) with a population of 4000. The main language on the island is English, whereas in mainland Honduras the main language is Spanish. Historically, Utila was largely a fishing and agrarian community. It’s claim to fame is that Henry Morgan’s treasure is buried somewhere on Utila. 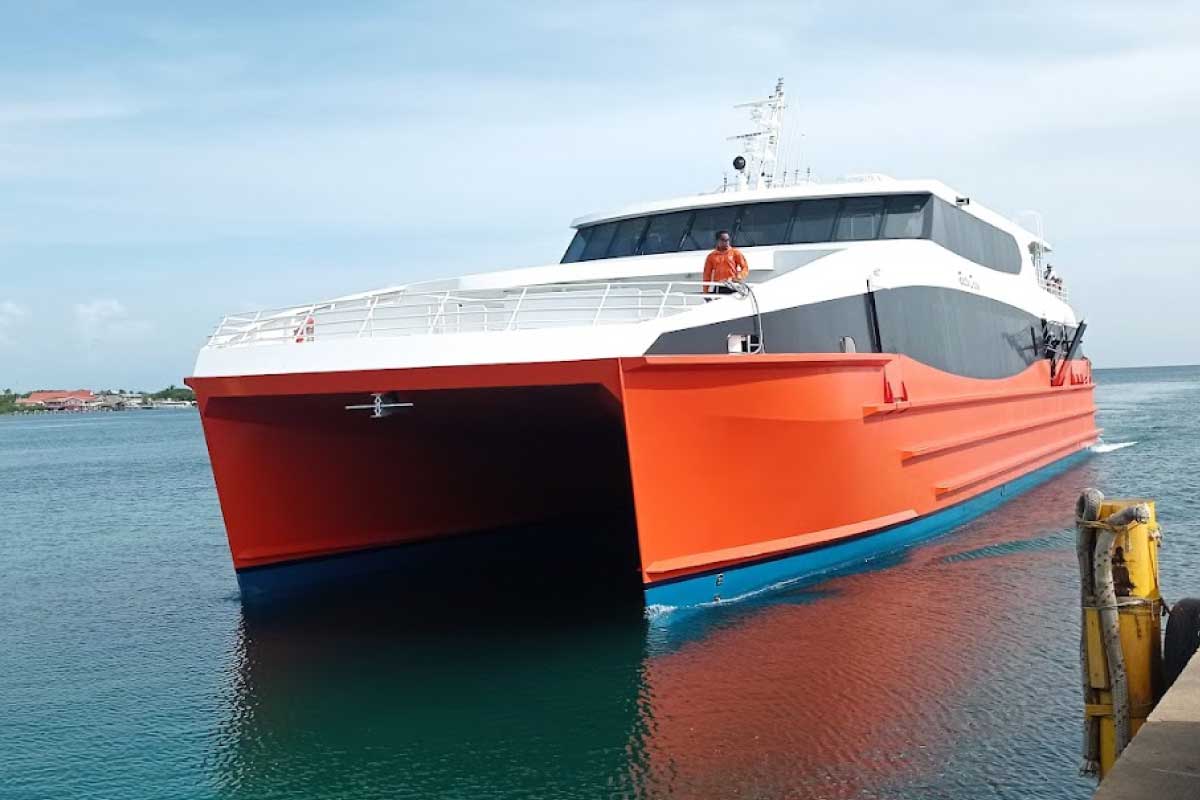 In the beautiful Caribbean Sea, under the deep blue sky and fresh sea breeze.

Utila Dream Ferry transports you, enjoy your trip in our modern and comfortable catamaran and discover the beauty of Utila, a place where adventure and fun never stops.

There are several regional options to choose from for traveling by air to/from Utila via San Pedro Sula, La Ceiba, Tegucigalpa, and Roatan.

Honduras has 70 natural reserves, which hopes will be developed as national parks. Natural reserves continue to be established on the Caribbean. Some of the most popular parks are La Tigra, outside Tegucigalpa, the Biosphere of the Rio Platano River(World Heritage Site), Punta Sal and Pico Bonito outside La Ceiba. These parks have visitor’s centers, hiking trails and camping.

At the start of the 20th century, following the founding of a company in 1899 by the Vaccaro brothers of New Orleans, Honduras earned it’s nickname as the Banana Republic.

This company later became The Standard Fruit Company and made bananas the major export crop of Honduras. The United Fruit Company of Boston who controlled the largest fruit interest in Honduras was also founded in 1899.

Over half of the population lives by the land; coffee, bananas and shrimp are the main export crops and Honduras is the world’s forth-largest exporter of bananas. Cotton, once important is now far less so. Tobacco, corn, beans, rice and sugar are grown mostly for domestic use but some small quantities are sometimes exported. Timber is a major export, controversy over the development of forestry reserves has laid the future expansion of the industry open to doubt.

Copan Ruinas is one of the most important Mayan cities and also a World Heritage Site, they were discovered in 1570 by Diego García de Palacio. The remains of the citadel and imposing public squares are examples of the three main stages of development of this city, before it was abandoned in the early X.

Rain is most frequent in the Caribbean during the months of September through to January. The driest months in the Bay Islands are April and May and are very hot with temperatures exceeding 90 F/32 C.

The population of Honduras by 2012 was approximately 8,046,000 and the country’s area is 112,492Km2. Forested land amounts to 53.6% of the total area, which means that there is a significant amount of natural resources remaining.